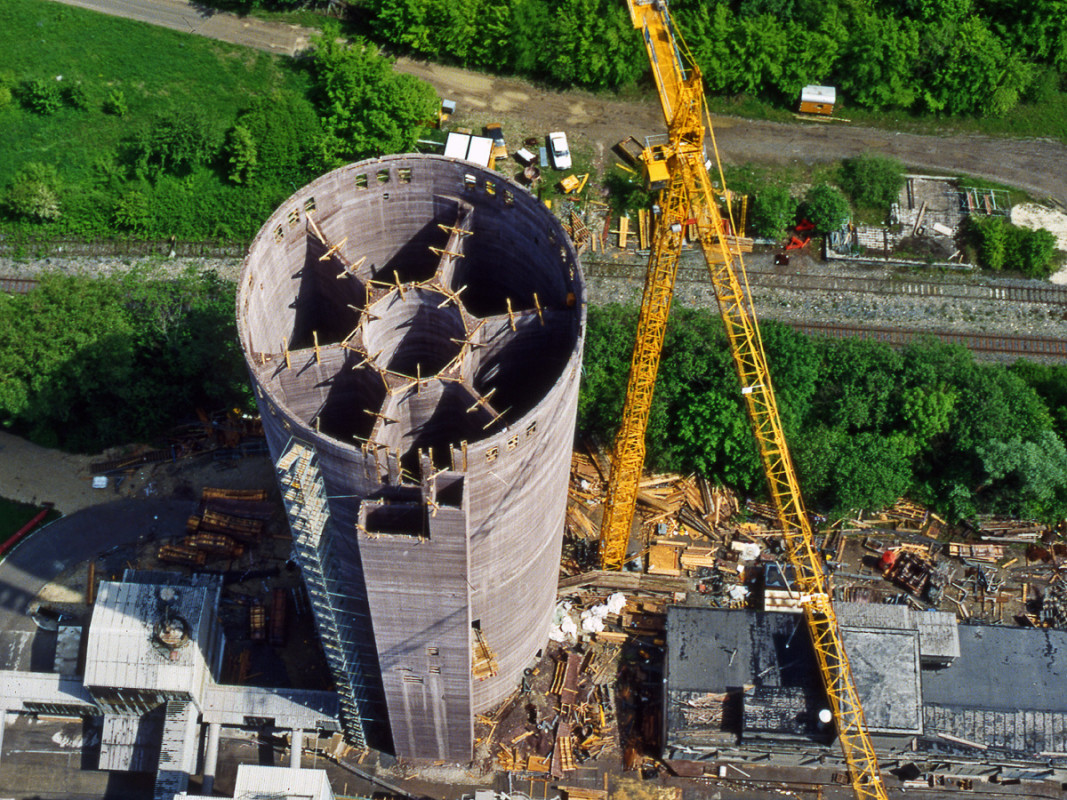 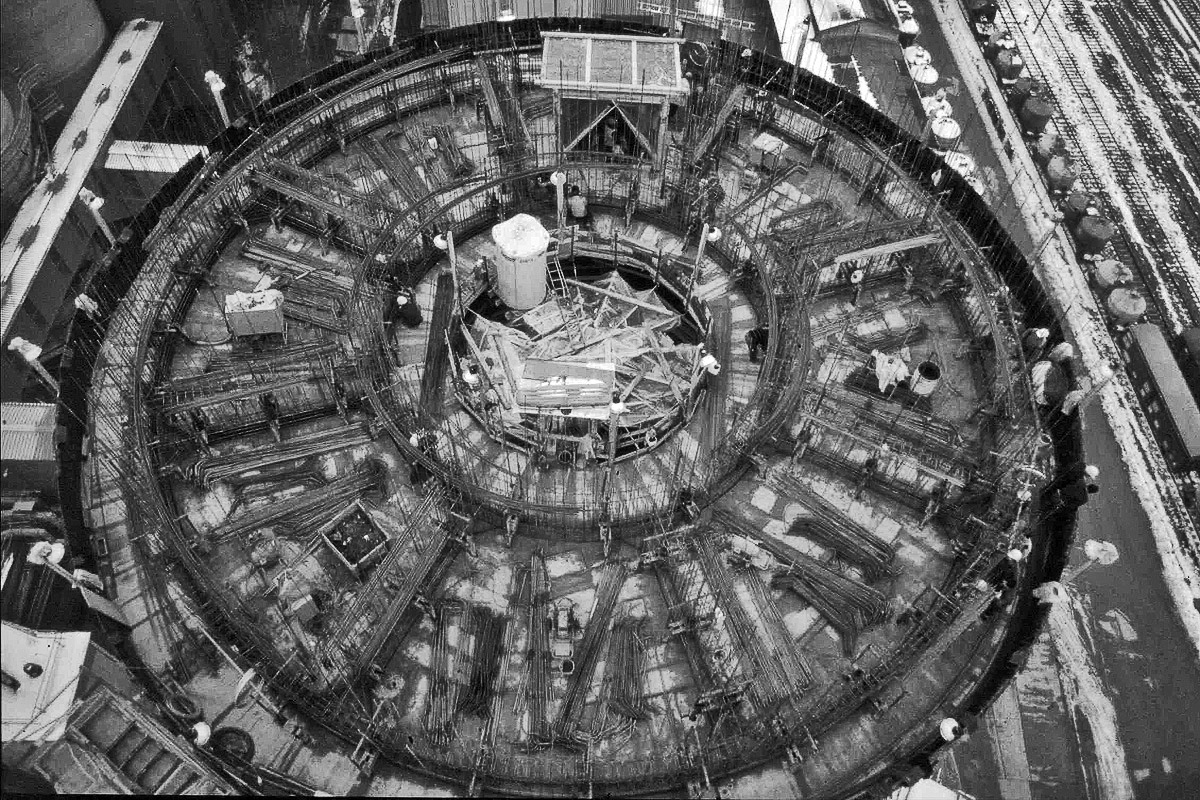 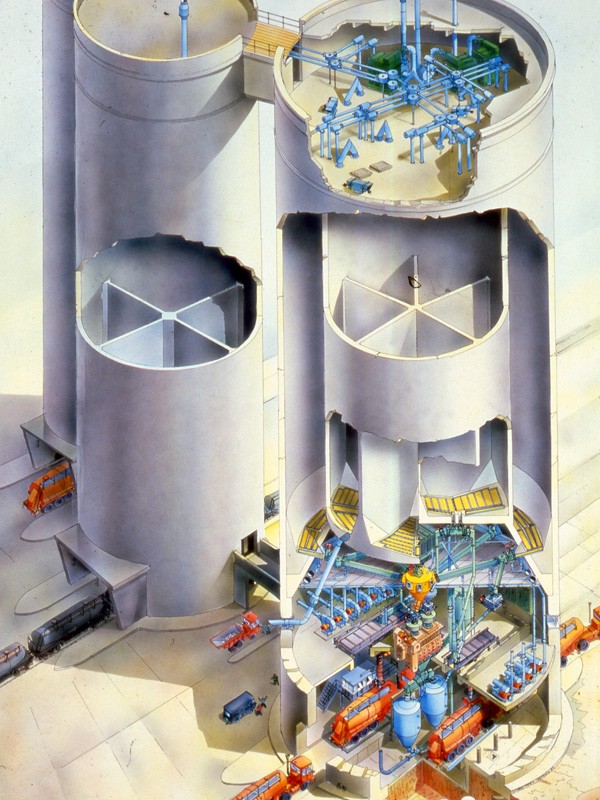 The almost windowless towers appear defiant and unadorned in the surrounding landscape, but these silos are actually highly complex industrial facilities. One example is the multi-compartment silos in the cement industry: in the 1990s, manufactures proceeded to no longer produce composite cements through jointly grinding the single components but by blending the finely ground base materials and aggregates.
These bulk storages are mostly combined with technically sophisticated blending and dispatch stations. Normally, the centre of the cylindrical reinforced concrete structure is a cantilevered cone or conic section, which uses the force of gravity to direct the bulk goods to the outside – this is also the case in the multi-compartment silo in Dotternhausen, Baden-Württemberg. On top of the conic section built of precast reinforced concrete units with joints being sealed with in-situ concrete, a hopper was implemented which divides the silo into an upper and a lower storage area.
The upper part consists of a ring silo with one central and six surrounding compartments, whilst the lower part accommodates twelve smaller chambers for aggregates and components, which are positioned between the silo, the cone and the hopper wall. The blending and dispatch station is positioned underneath the unsupported central cone, while the distribution level forms the upper termination.
The section of the silo, which is in every area axis- and point-symmetrical, facilitated the static calculation of the structure as a spatial shell system according to the finite element method.