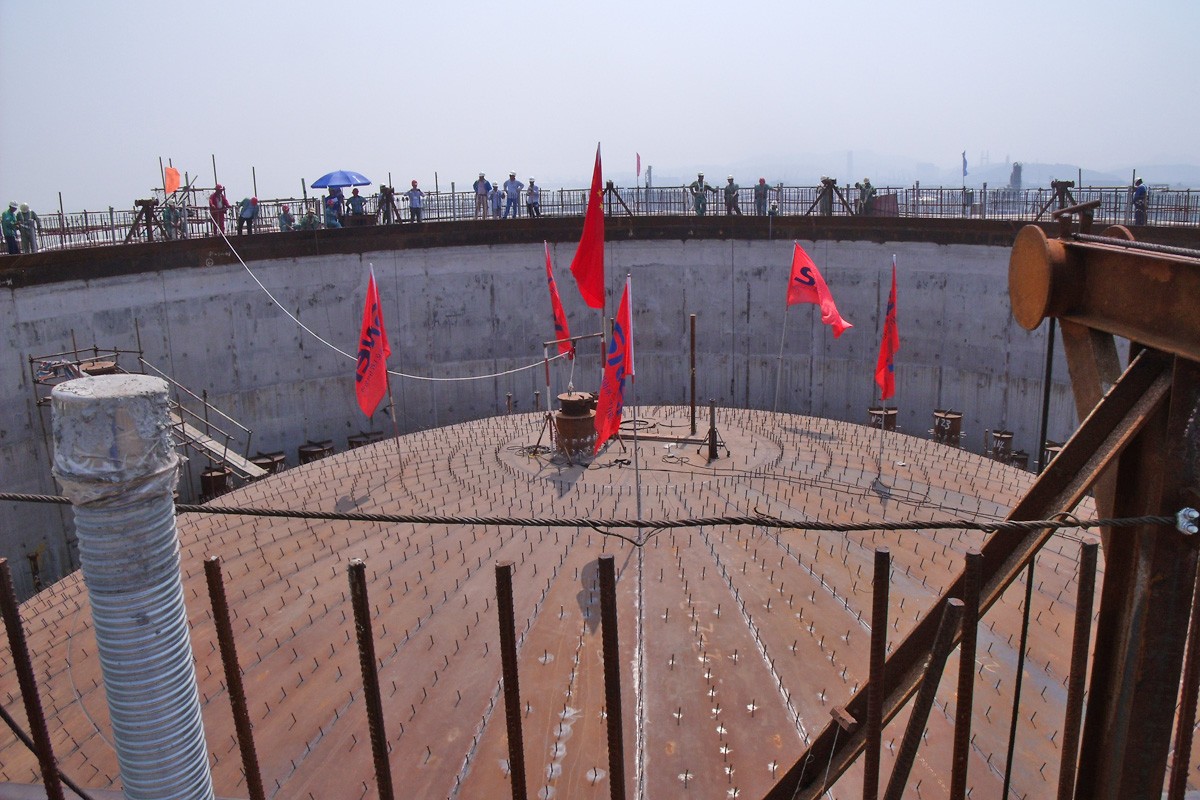 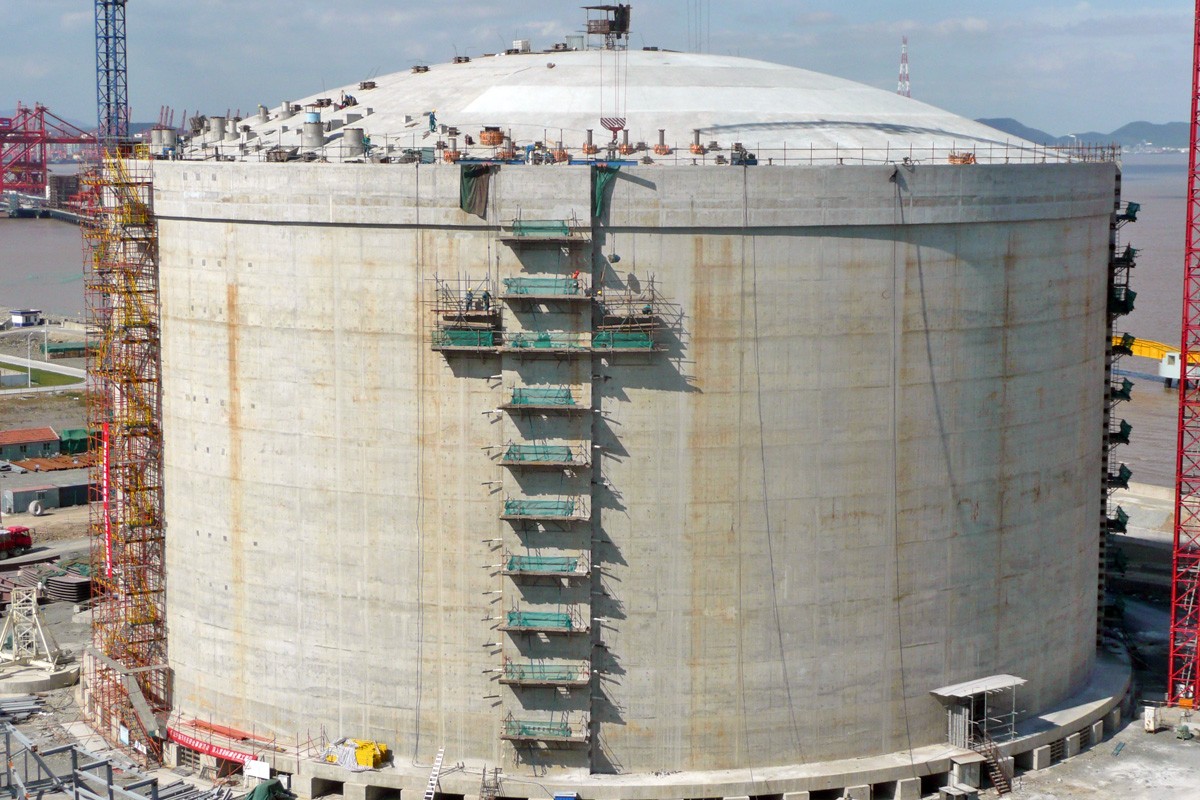 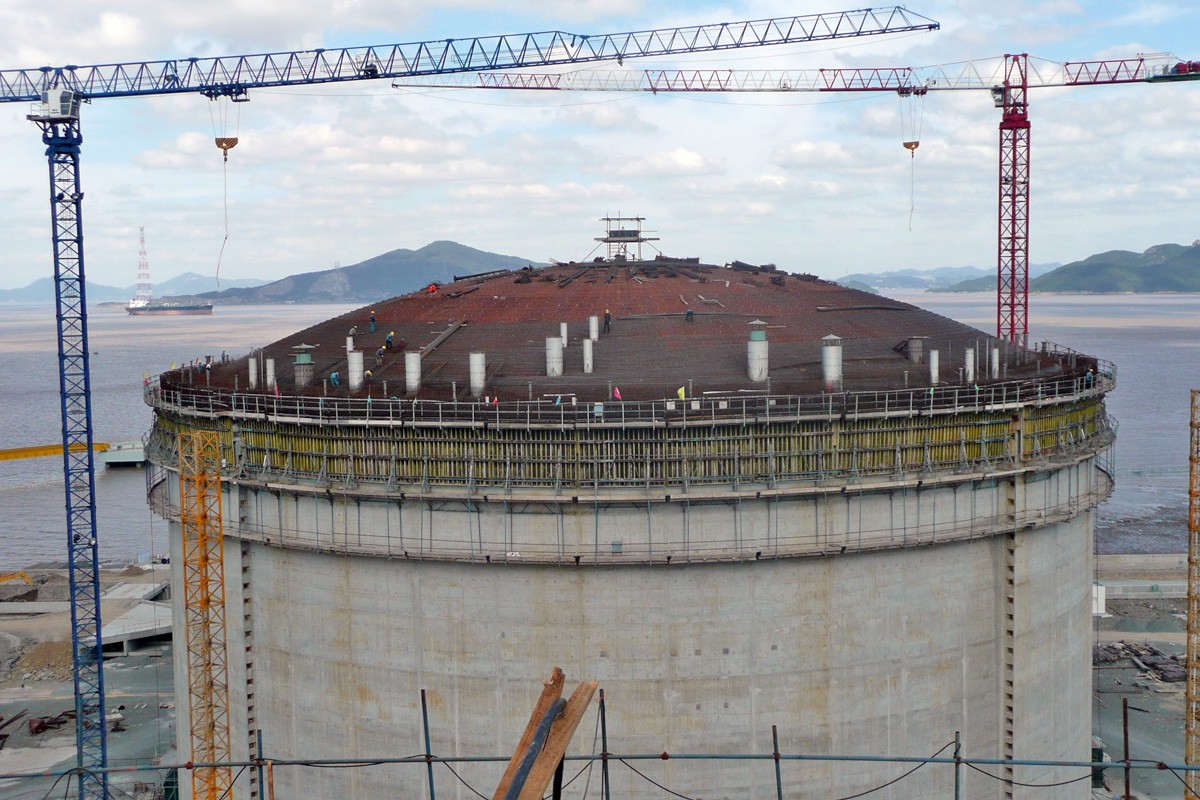 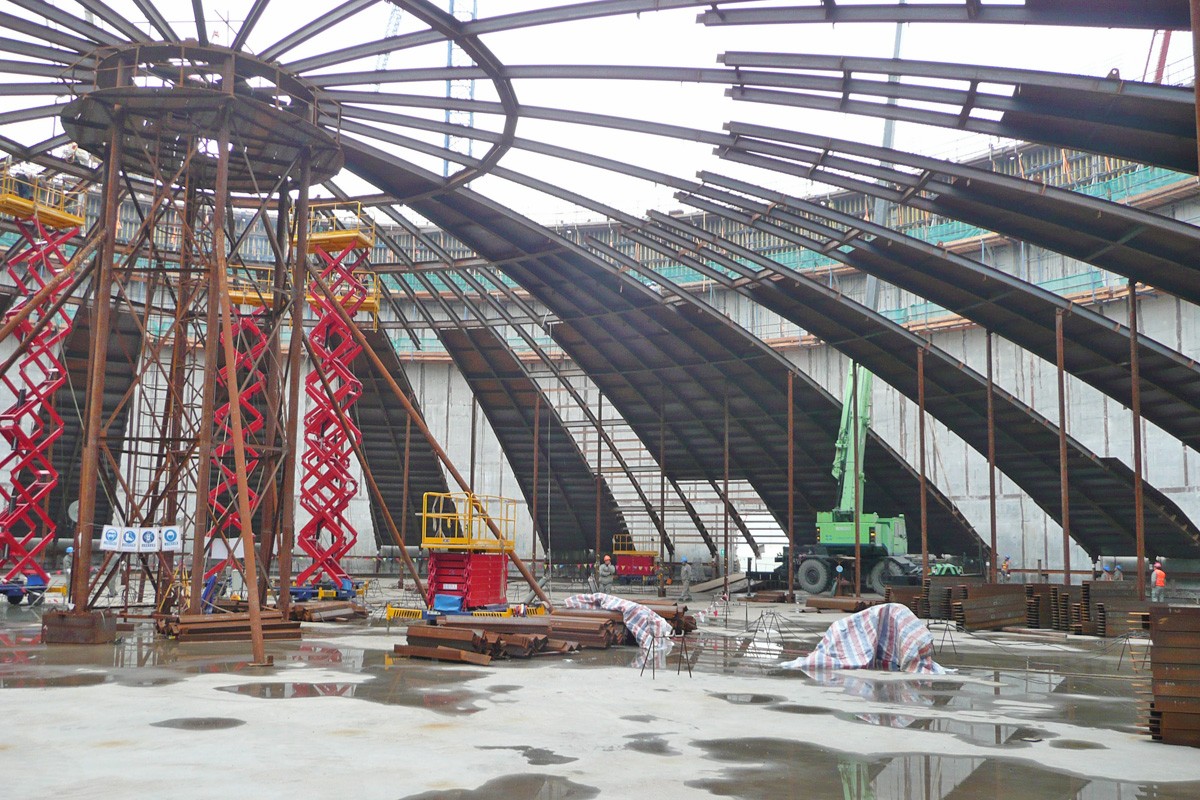 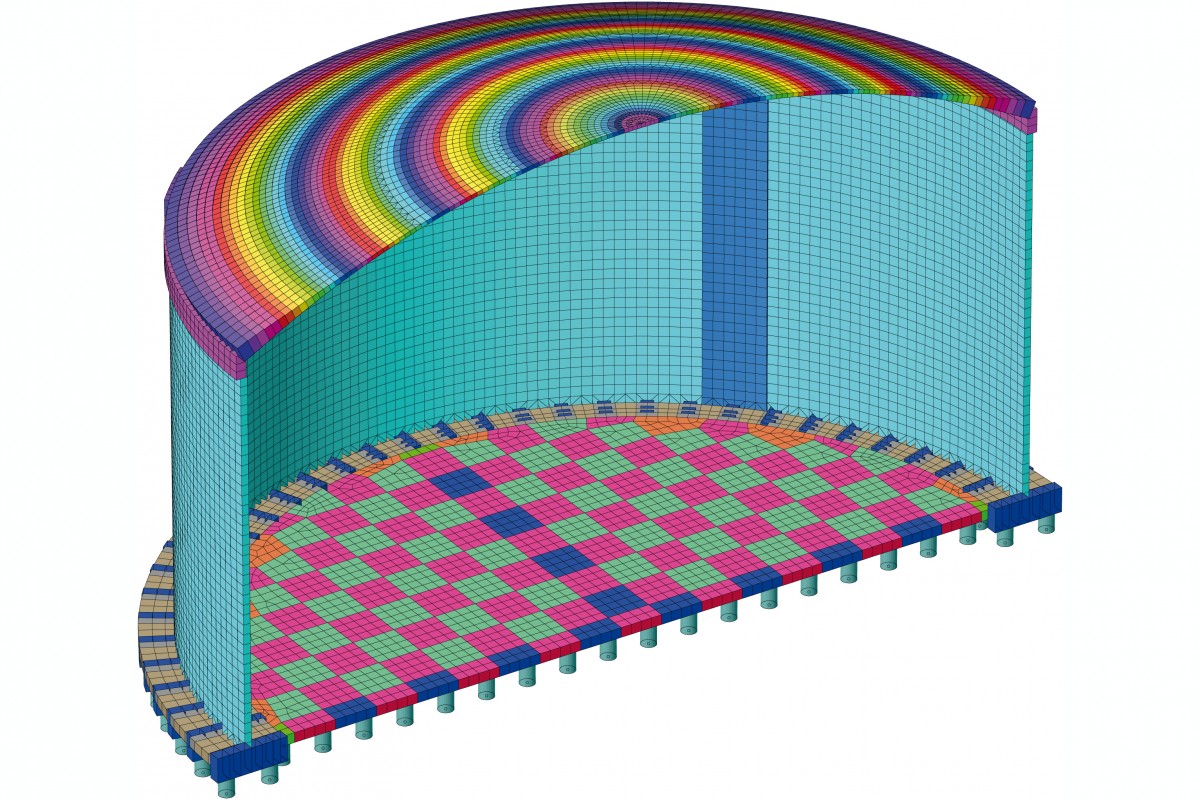 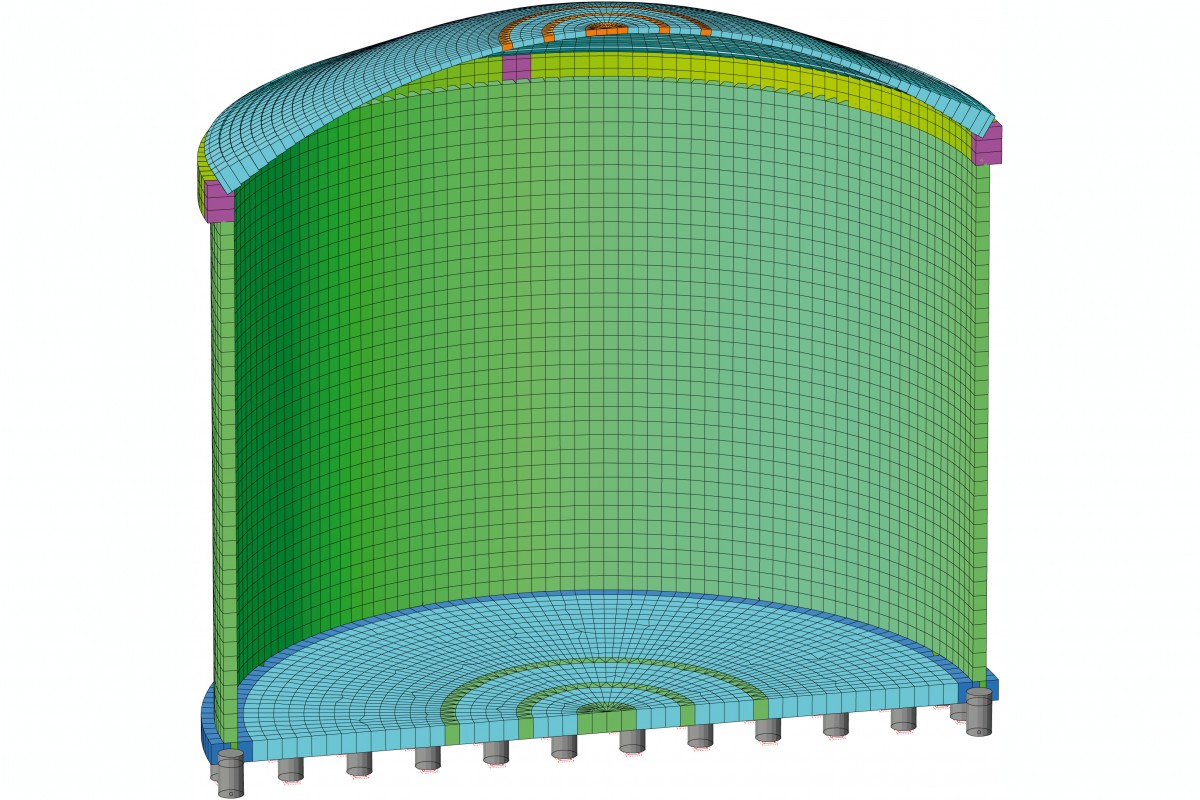 Lower coal consumption and independence from crude oil whilst at the same time securing energy supplies: in many countries around the world, natural gas becomes the focus of attention as a new fossil fuel. In areas where it cannot be transported in pipelines, for example from offshore gas production facilities, the preferred option is the liquefaction of gas. With a density of only 4.8 kN/m³, liquefied gas shows a markedly lower volume than in its gaseous form. Consequently, freighters with the same capacity are able to transport larger quantities of this energy source.

For the complex liquefaction, the gas is cooled down to approximately -164 to -161°C, which, in turn, requires about 10 to 25 % of the energy content of the gas. In Ningbo in the eastern Chinese province of Zhejiang, three prestressed concrete containers have been constructed for special steel tanks, which are used for the temporary storage of liquid natural gas produced offshore and delivered by ship. Each of these tanks holds a volume of 160,000 m³. In order to prevent that the low temperature of the liquid gas causes the subsoil to freeze, each one of the cylindrical containers is positioned on about 380 piles at a height of 1.5 m above the ground.

The steel structure of the mighty domed roof was mounted on the ground and moved to its final position by means of excess pressure, where it was finished with a reinforced concrete layer and now forms the top of the containment vessel. After completing the external envelope, the tanks were welded and insulated inside. The external concrete enclosure with a diameter of 84 m serves as a protective cover in case of average. Should – for example owing to a major earthquake or a blast wave caused by an explosion – a tank be damaged and liquid gas should leak, it is contained by 70 cm thick concrete walls, which prevent further leakage. The structure was prestressed horizontally and vertically to be able to accept the great pressure, which in such cases acts on the cylinder and the domes roof from the inside.