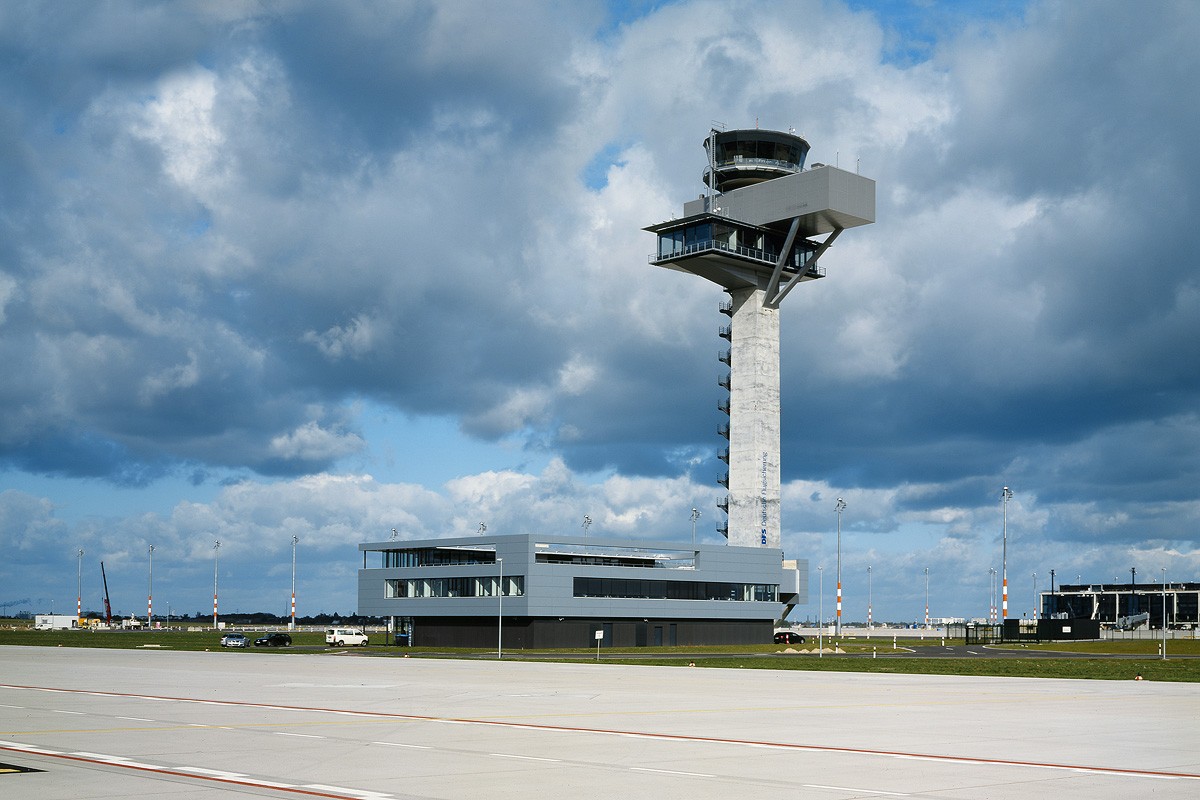 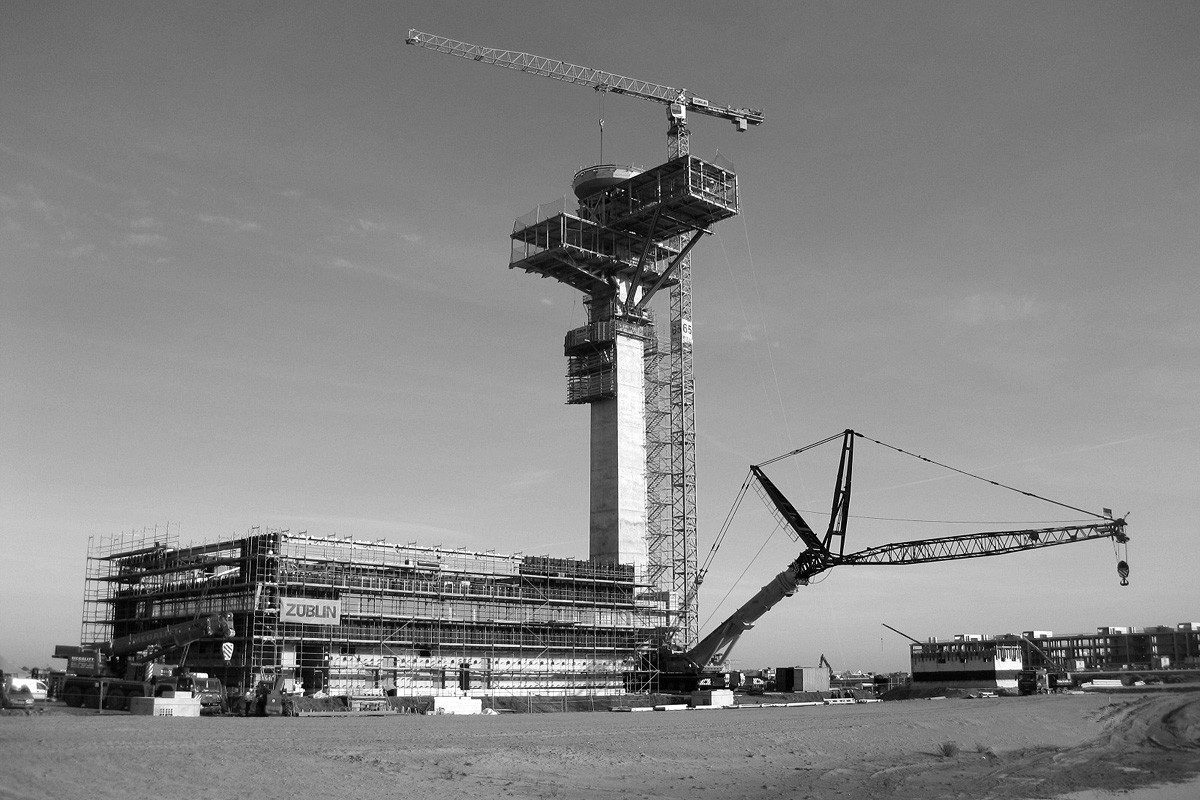 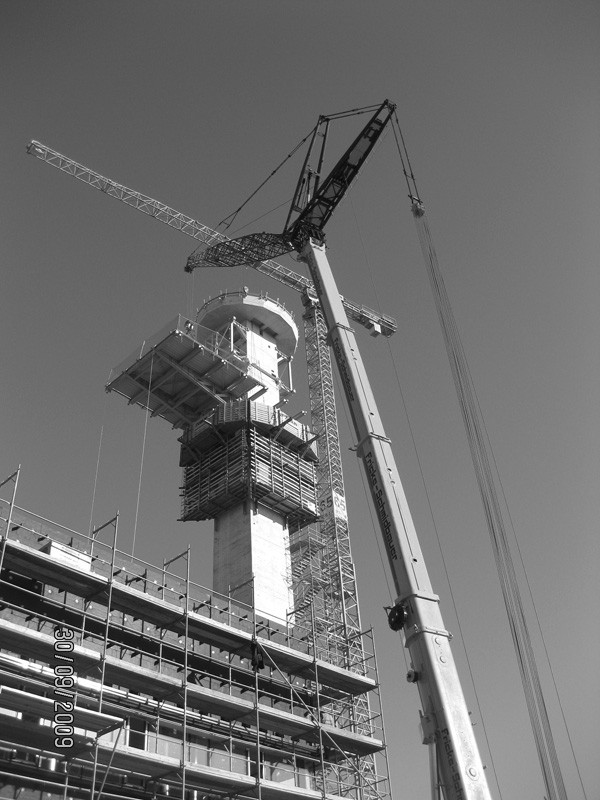 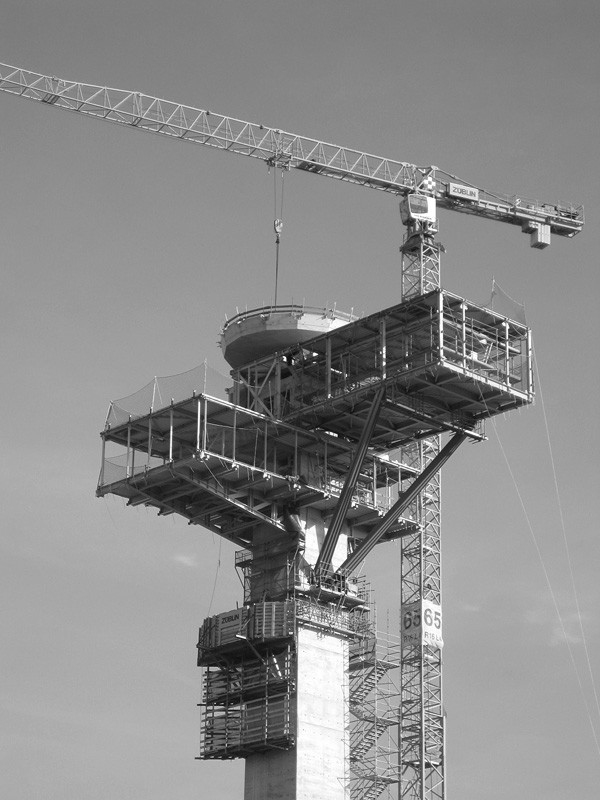 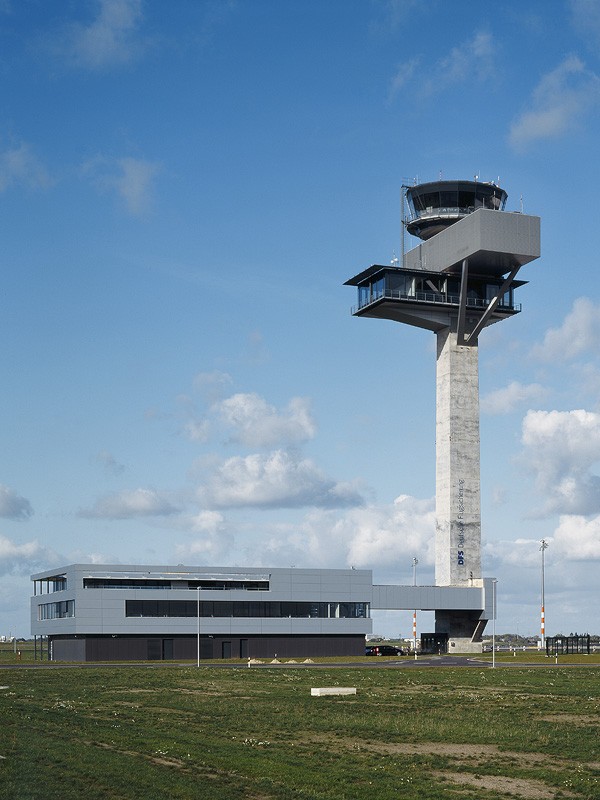 Reaching a height of 85 metres, the air traffic control tower in Düsseldorf is so far the highest tower of Deutsche Flugsicherung (German Air Navigation Services – DFS). It was constructed as part of an overall design concept for air traffic control towers, on the basis of which two towers have already been implemented in Hannover and Leipzig.
The structure of the tower in Düsseldorf resembles the preceding projects, for example regarding the distribution of loads: whilst one of the two operating rooms mounted at the tower head is suspended from the tower shaft by means of a lightweight steel structure, the second one is supported by a tower pillar rising next to the shaft.
The façade of the octagonal tower cockpit centrically positioned on top of the tower axis is self-supporting and transfers wind loads acting on its surface to the reinforced concrete parapet of the cockpit floor. Consequently, the cockpit pillars do not have to accept any wind loads from the cockpit façade. Two more air traffic control towers in Frankfurt and Berlin, which were constructed at a later date and are with an overall height of 70 respectively 72 metres smaller than the tower in Düsseldorf, demonstrate that they belong to this “family of towers” with a typical design vocabulary.
The cockpits positioned on top of the tower shafts have, by contrast, the plan form of a hexadecagon instead of an octagon. The load-bearing system of the operating rooms also shows slight differences as compared to the tower in Düsseldorf. Instead of an additional tower pillar, steel structures were used to transfer loads from the cantilevered volumes, which are towards the bottom supported against the tower shaft at a 45° angle.
The construction of air traffic control towers also demands that special attention is directed at the wellbeing of the air traffic controllers at their workplaces. Precisely because they perform highly sensitive activities at the highest point of the building, a negative impact caused by too much oscillation at this height must be prevented. The limitation of the highest acceptable acceleration, which the calculated values of the three newly constructed towers must not exceed, was based on surveys in high-rise construction in North America.