Administration Building of the KVB 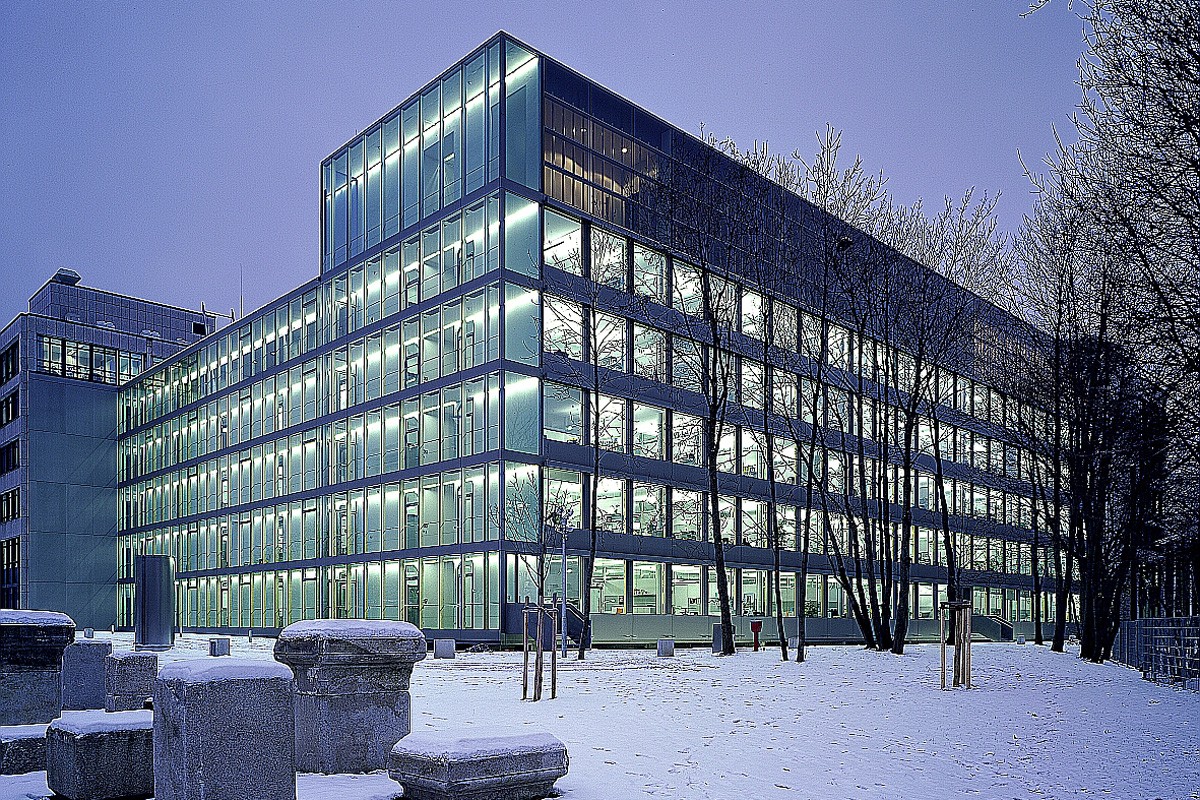 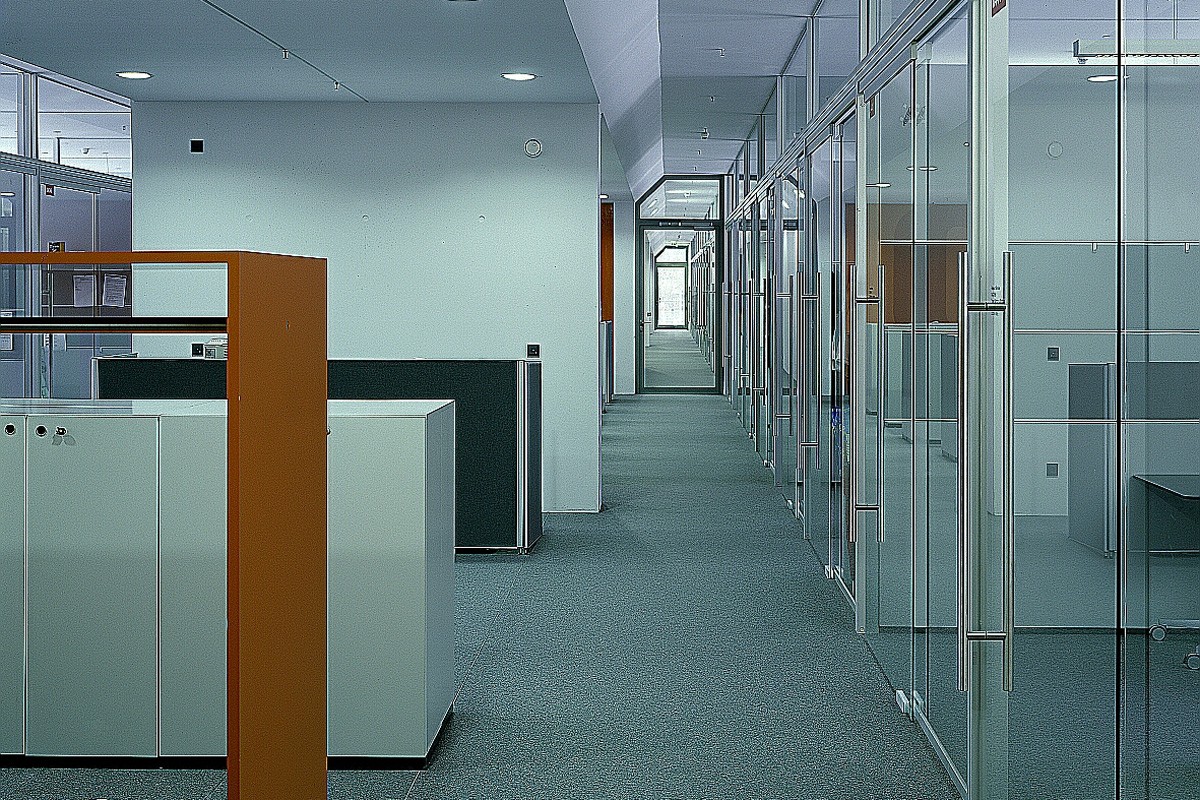 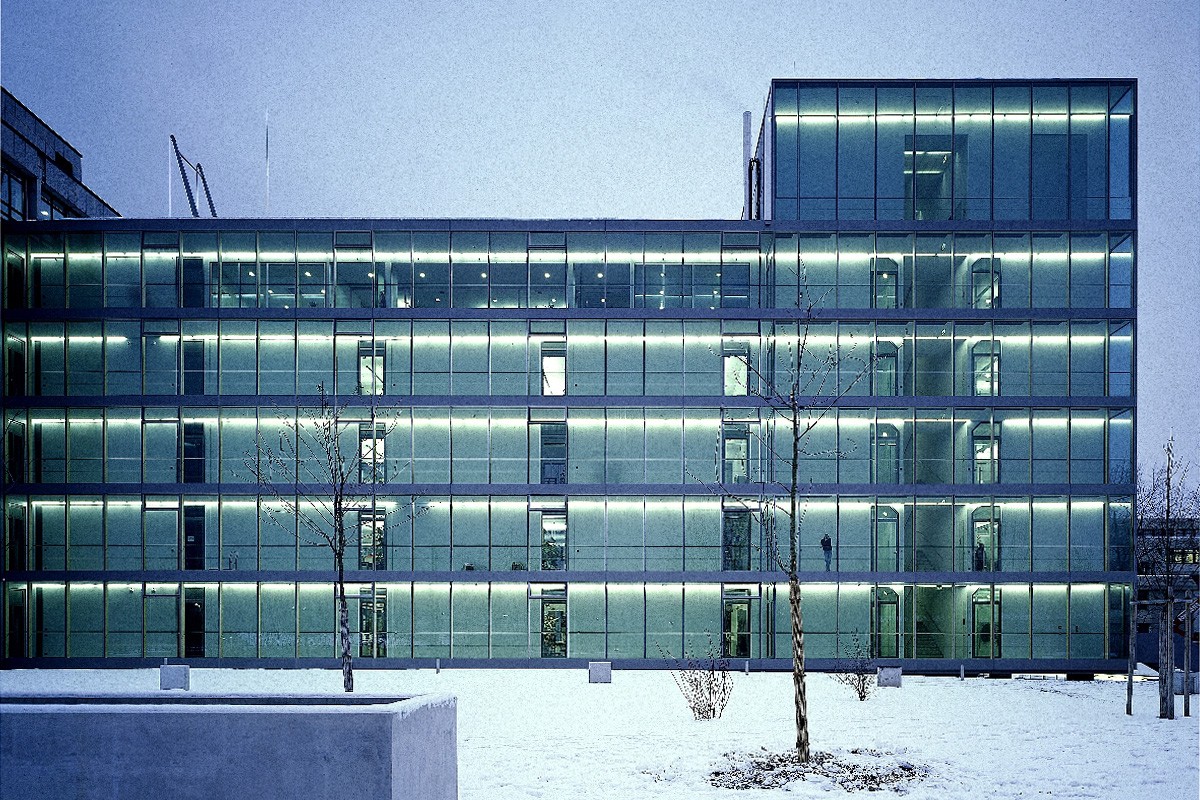 The services of the Statutory Health Insurance Physicians in Bavaria (KVB) should be grouped around the turn of the millennium in a central location in Munich. Therefore, the architectural firm LAI, Peter Lanz planning architects and engineers, a structural extension of his dating from the 1980s, KVB-existing building in Laim district.

Its L-shaped floor plan had been designed at the time to possible extensions towards, so now another L-shaped building was added which together surrounds a landscaped courtyard with the old building. In the main wing of the new building five combi office floors are located, on which an additional conference floor sitting as upper finish. A glass facade, in the office areas, only interrupted by low parapet elements, covered the entire construction.
The concept of combined offices, so individual office cubicles along the outer walls with communal areas in the central area of ​​the building, determined the structural geometry. In addition to that are designed according to the principle of lightweight construction with minimal material usage and each concrete member should assume other functions in addition to the load transfer.

Primarily, this applied to the ceiling, which Rohkonstruktion you so formed that it was an integral part of interior design. At first she was a trough formed in the central area of ​​the building in the longitudinal direction to – be able to absorb technical installations – in conjunction with six vertical shafts. The spandrel elements are designed as bearing coatings, so that the ceiling of 24 cm could be made relatively thin, although she has to bridge spans of about 8 or 12 m. Also, the terminals of the system partition walls between the office areas were integrated over approximately 7 cm wide grooves in the reinforced concrete slab, which then has only a thickness of 20 cm at these locations. The intervening remaining fields were produced as semi-finished products (filigree ceilings) with topping.